"Being together is like catching a sunbeam; each new memory we make reflects light hinting there is more to see and know."

With our home base at Angels Camp, we were only an hour and a half from Yosemite. We arrived by 9:00 in the morning and enjoyed the whole day there. After coming down the mountain and then through the mile-long tunnel, this scene opens up to view. What a beautiful morning! Yosemite is internationally known for its spectacular granite cliffs, waterfalls, clear streams, giant Sequoia groves and biological diversity. At this lookout point there are always tour buses full of tourists! 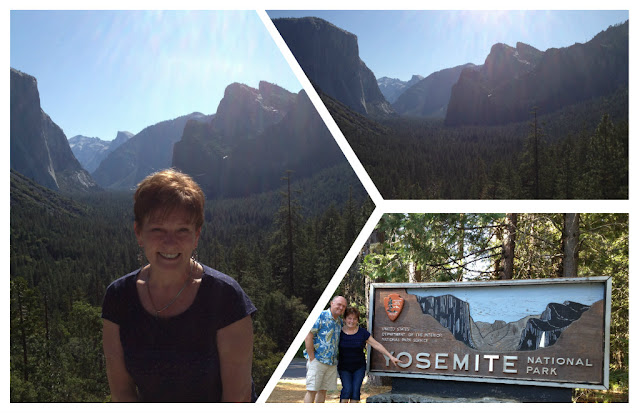 Our first stop was Bridal Veil Falls and we had a little walk up the hill to get to the base of the falls. There was a lot of water coming down and it was beautiful. There were also a lot of people -- in the way -- we had to dodge and take pictures around even for that early in the morning. We took a hike for a few miles to Mirror Lake. It was a really nice hike but Mirror Lake was sure a disappointment, like, we couldn't find it because it was so small. 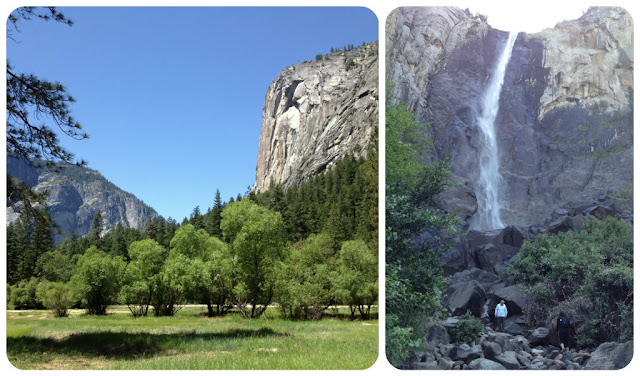 One of the highlights of being in Yosemite is our visit to the Ahwahnee Hotel. It was built back in 1927 and has the true old and rustic characteristics. Joe and I walked all around the grand lobby, library and "Gentlemen's Lounge". There was a lot of beautiful artwork, Indian rugs and antiques on display. We had lunch in the grand dining room which was just delightful, a great Yosemite experience. 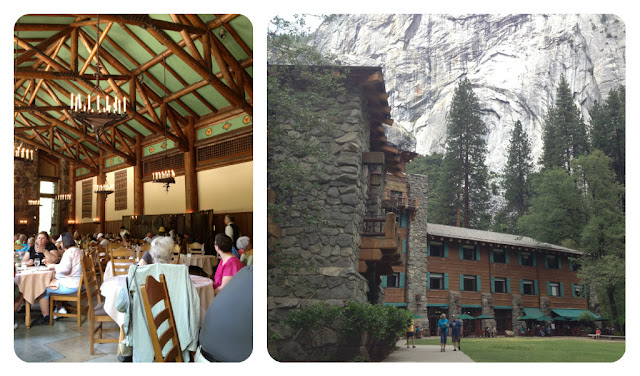 We saved the best for last, Yosemite Falls. It is an easy mile hike to the bridge below the falls but Joe and I climbed up around the boulders to the base until we could feel the spray. There is a hike up to the top of Yosemite Falls but it takes between 6-8 hours and is pretty rigorous. Maybe we can do that another day. 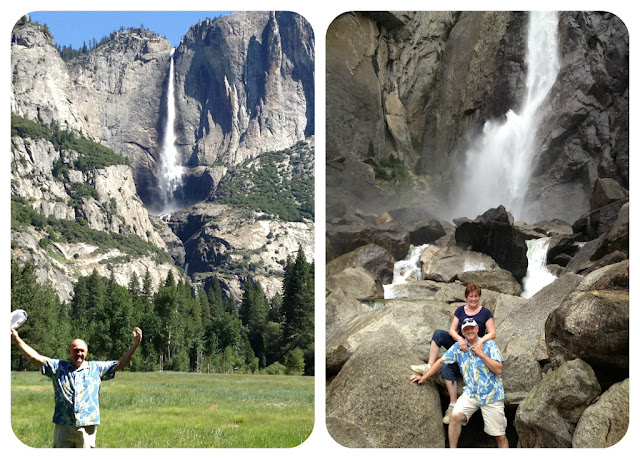 Our day in Yosemite was so relaxing, except Joe out there in the middle of the meadow getting eaten up by mosquitoes! Even the crowds were at a minimum, probably because it is still too early in the year for most tourists. We are fortunate to be so close to enjoy this glacier wonder. At one time, the ice thickness in Yosemite Valley may have reached 4,000 feet during the early glacial period. The down-slope movement of the ice masses cut and sculpted the U-shaped valley, making such a unique place to visit.
2 comments:

Our Visit to Some Very Big Trees

Our home base was Angels Camp at the WorldMark resort with our room overlooking the golf course. Joe felt right at home. 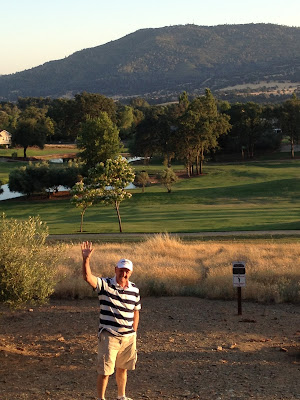 We visited ﻿Calaveras Big Trees, a grove of giant Sequoias. It is always a reverent experience to walk through the grove. Below is the 'Discovery Tree' noted by Augustus T. Dowd in 1852 and felled in 1853, leaving a giant stump which is the only remainder of the tree. It measured 24 feet (7.3 m) in diameter at its base and was determined by ring count to be 1,244 years old when felled. 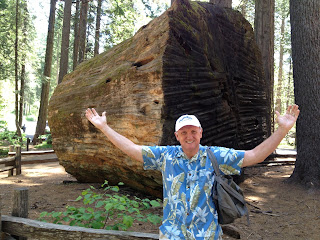 The largest tree was believed to be the Mother of the Forest, which was cut down in the mid-nineteenth century and dwarfed any tree alive today. 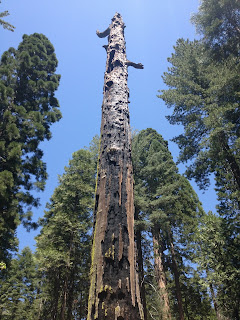 It is so humbling to be in the presence of these magnificent trees. ﻿ 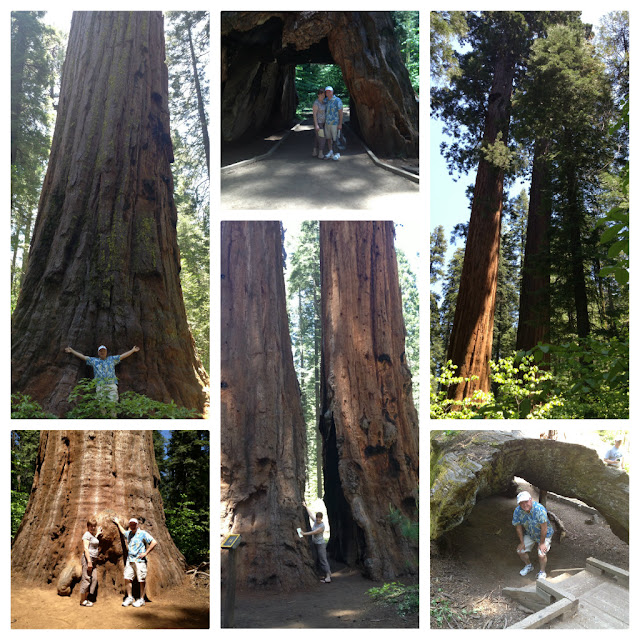 There are coastal redwoods and Sequoia redwoods. During the summer, we will visit some of the other beautiful redwood groves in California.
1 comment:

In May, we met in Navoo with Tessa and Cory and the kids. Chelsea, Ethan, Gavin and Carson  joined us the next day. In 1839, early members of the Church of Jesus Christ of Latter-day Saints—called “Mormons”—established this place of peace and beauty on a great bend in the Mississippi.  We had such a great time visiting the historical sites and the cousins loved playing together and having a giant sleepover. The campground was nearly empty and was great! We even made s'mores in the evening. We visited Nauvoo and Carthage Jail where the Prophet Joseph Smith was killed by the mob. Both places were special experiences for the children. 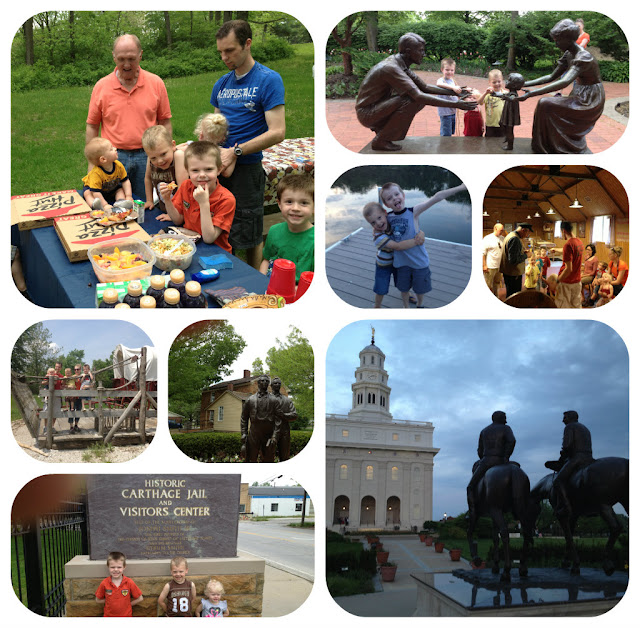 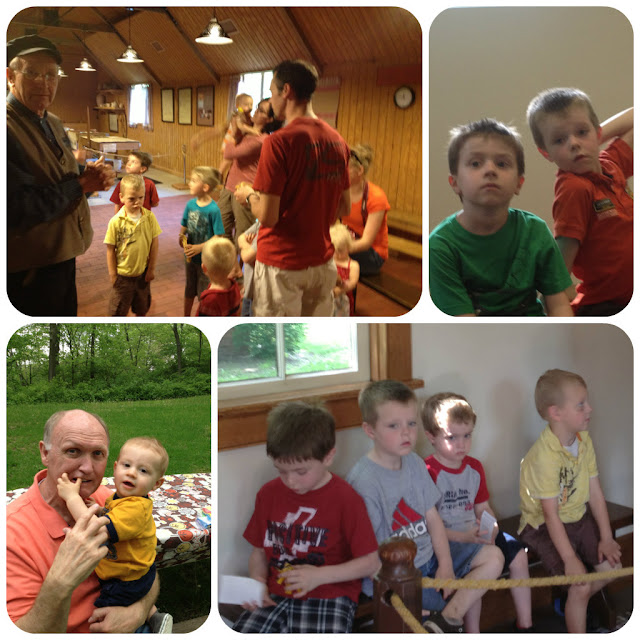 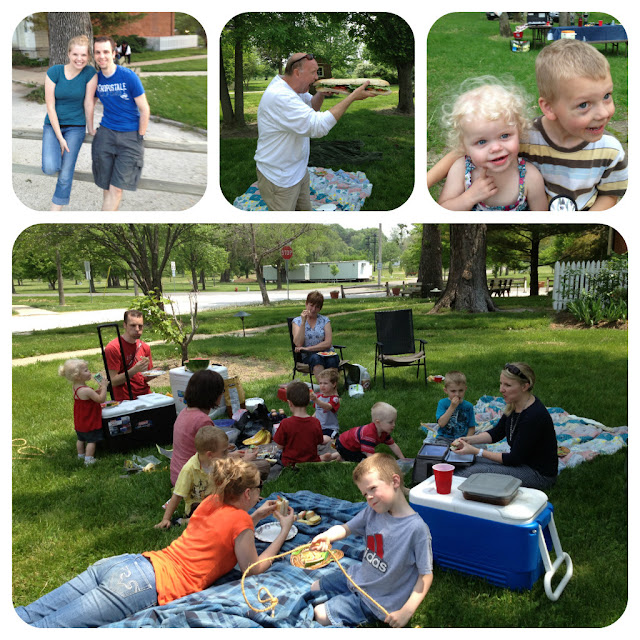 We ended our few days with a big picnic behind the Cultural Hall. It was such fun and new memories were made with the combined families.
1 comment:

After our honeymoon, Joe and I spent a month in Ames, Iowa, his home for the last 23 years. We cleaned, packed and moved items to storage, painted, planted flowers, and staged the home to sell all in one week. We were so exhausted but we listed it for $12,000 over the suggested price and it sold in one day. Here are the before and after pictures to share what we did in such a short amount of time. 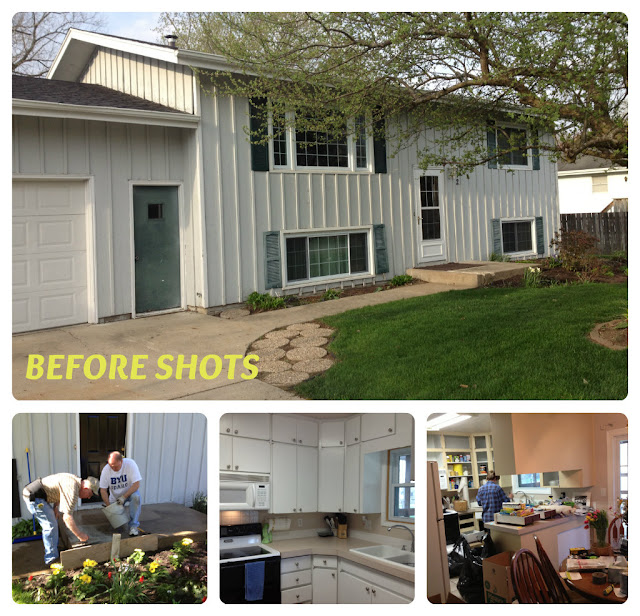 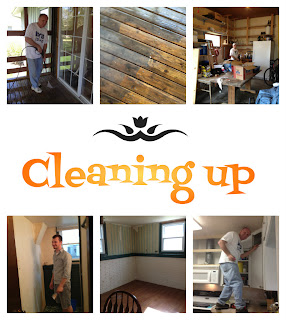 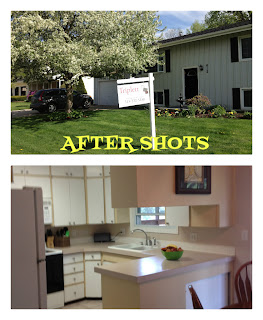 Joe and I worked 12 hours a day. I bought all the decorator items to stage the home at the local Target, WalMart and Hobby Lobby only to return them a few days later after the home sold. Joe had never considered "borrowing" items from the stores but it wasn't my first time. He was pretty amazed! It was our joke how we made everything "Apple Green". That was just what I felt in the home and it turned out so darn cute. 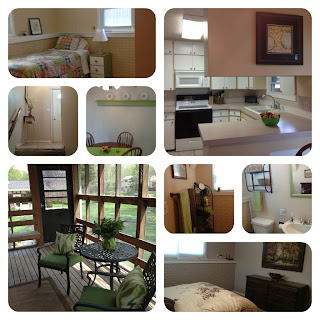 The market in Ames, Iowa was hot, hot, so given the cute house, are you surprised it sold so fast? Joe had some difficult moments selling the family home of 23 years but we are so excited to move forward with our lives together. We will be in California for the summer but, believe it or not, we have purchased another home in Cedar Rapids where we will spend several months a year so we can stay close to our children and grandchildren there. The blog on our new home will be coming.
﻿
No comments:

Our honeymoon started at the Broadmoor Hotel in Colorado Springs. We were so excited to be there; we almost couldn’t believe we were staying in such a beautiful and exquisite place. The Broadmoor is truly a luxury hotel built in the early 20th Century as the Grand Dame of the Rockies, built by Spencer Penrose in 1918. The hotel has always attracted a wealthy clientele, including past presidents. It has over 700 rooms and 18 restaurants and café` with three golf courses. We really felt like royalty while staying there for three days!! 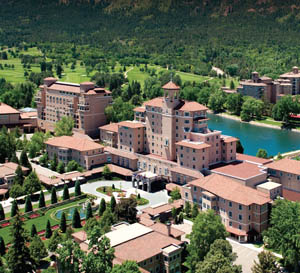 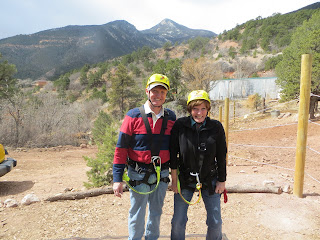 
We went zip lining with Out West Adventures. It was the perfect day and Joe and I had so much fun, plus we were the only ones on the tour so we had a very personal experience. 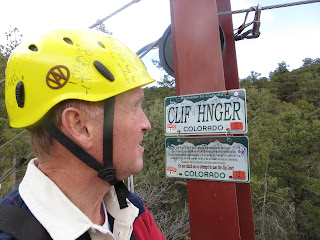 We took the drive up the mountain to Pikes Peak which is 14,115 feet high. Since it had been snowing, we were only allowed to go to 12,000 before we had to come back down. The wind was blowing up to 50 miles an hour and it was freezing!! 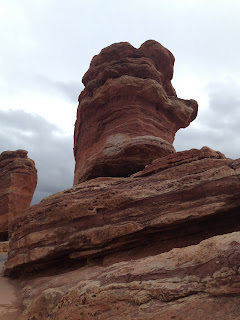 We drove to the Garden of the Gods close to Manitou Springs and stopped at the visitor’s center there to buy a few things. It was a beautiful drive but still cold and windy. The rock formations were like those in Canyonlands National Park in Utah and enjoyed the drive but we didn't hike any of the many trails because it was too windy and cold. 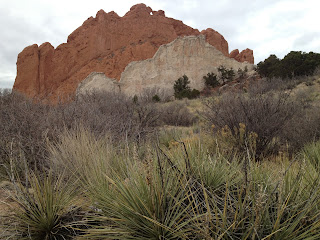 I think we were the only guests in the zoo and although it was freezing cold and the animals were in their barns, we enjoyed it very much. There were 22 giraffes, the largest herd in North America. They were eating right out of our hands! We got right up close and personal with the lions. Although there was thick glass between us, our noses touched. When we would turn to leave the exhibit, they would lunge toward us, playing with us because they liked the chase. At 5:00 closing time, we were heading out of the park and one of the zoo keepers that knew we were on our honeymoon asked if we would like to help feed the grizzly bears. How great was that! We were within inches of their giant heads and claws, such a great experience!! 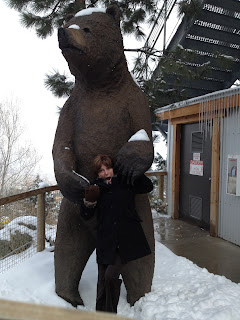 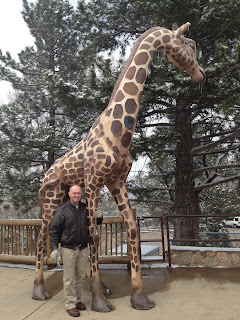